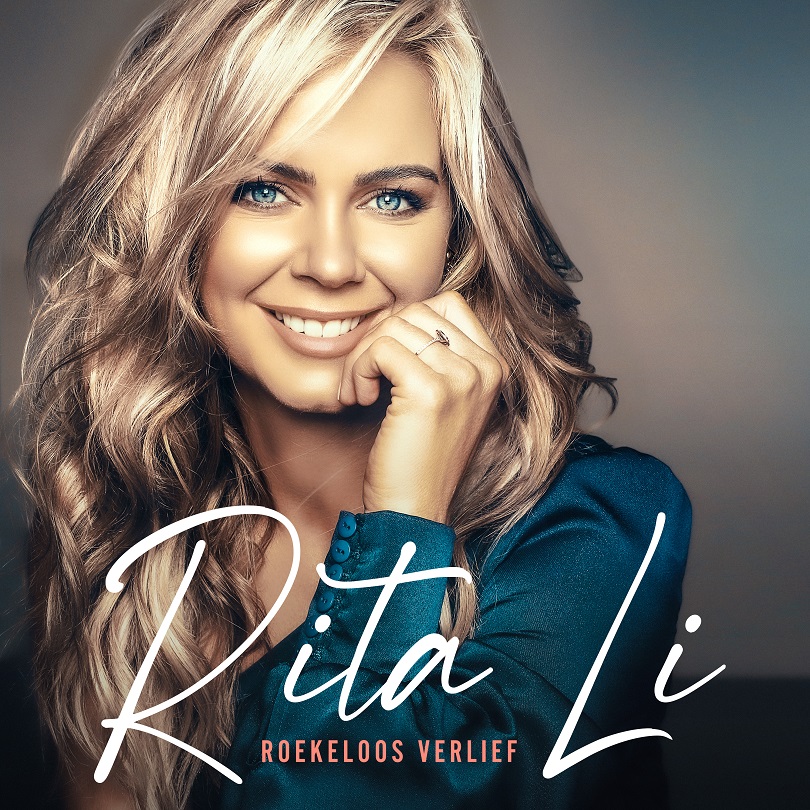 Rita Li’s debut album, ROEKELOOS VERLIEF (RECKLESSLY IN LOVE) will do exactly that. Leave you feeling recklessly in love and wanting more!

The album is a mixture of twelve beautiful contemporary tracks, with a modern country-pop sound, aimed to appeal to a wide audience. Most of the songs are fresh, original creations that were created with the help of talented musicians and songwriters like Johan Oberholzer, Elvis Blue, Stella, Dewald Wasserfall and Danny Smoke.

With the release of her first single from this album, Iemand Anders, on 12 February 2021,  she already made people fall in love with her, making them gasp for air with her blue eyes, incredible voice, optimism and positivity.

“ROEKELOOS VERLIEF is also the name of one of the songs on the album and I decided that it was the perfect title for my debut release. The purpose of the album was to establish my own identity, to create original material, record songs and pave my way in the Afrikaans music industry.” says Rita Li.

Although the recording process only took three months, the artist has been planning and collecting content for this special project for more than two years and believes that events from her own and other people’s lives were the main inspiration behind each of the song’s lyrics. “I would like listeners to find their own story in my music and experience the emotions that comes with it,” she says. “It is important to me that fans must be able to sing along and resonate with my songs and that it will give them courage on the days they need it the most.”

According to the singer, it is difficult to choose a favourite song on the album, because they are all very dear to her. “My current single, ‘Iemand Anders’, which is doing exceptionally well on radio, stood out for me since day one and I believe that this song and ‘Vir ewig anders’ are going to be popular with listeners, because both are about making choices with strong messages that everyone will be able to relate to.”

The release of her album is accompanied by the release of a new single and music video, Kleur My In. According to Rita Li, this extraordinary song reflects her relationship with her husband. The song was written by Elvis Blue. “The song is literally about a person who entered my life and changed all the black and white lines into rainbow colours. Because he is enough and all I need I will walk with him through the deserts and droughts faced in life. I also firmly believe that this is what God wants to tell each of us – that we are enough – because He created us. We just need to believe that and live to that,“ says Rita Li about thìs song, which is very dear to her.

The music video of Kleur my in was shot on an open gravel road somewhere on the border of Gauteng and the Free State. The video was produced by Christian Wolf from BrickWolf Creations and the concept was “simplicity”. “The gravel road represents Rita Li’s heart growing up in the heart of the Eastern Free State, where becoming silent in nature was part of her experiences as a child. The lyrics “good enough” is a strong message in the song and the concept of the video truly compliments it – that when we are stripped of everything, with nothing but simplicity, to realise that we are good enough, because we were created by Someone Who is good enough for this broken world,” she adds.

Her debut album is a gripping combination of heartfelt lyrics and catchy melodies and not only complements her unique vocal ability, but also showcases her skill as a musician. It is a beautiful piece of work that promises to capture the hearts of music lovers without which no playlist would be complete.

“I asked specific people to write songs on specific topics. I also wrote some lyrics myself. In the end, we chose the twelve songs that fit together best. I have a strong emotional connection to each song and have a life experience that relates to each one,” she says.

Rita Li grew up on a farm in Clocolan in the Free State. She’s been extremely fond of singing and has been performing from a young age. She lives in Pretoria with her husband and son and recently announced that they are expecting another little boy early August 2021!

ROEKELOOS VERLIEF is available on all digital platforms. Download the album here:
https://vibe.to/RoekeloosVerlief 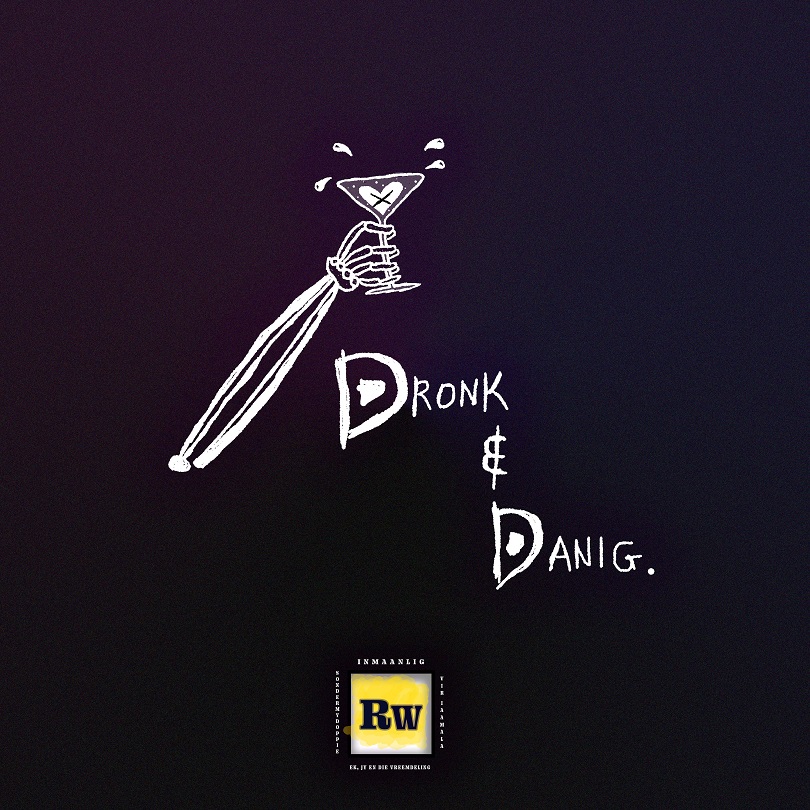 “PEOPLE WILL LIKE IT BECAUSE IT IS ORIGINAL AND HONEST. IT IS ALSO A VIBE,” SAYS RUAN WESSELS ABOUT HIS NEW POETRY ALBUM, DRONK & DANIG

Ruan Wessels has mastered the art of touching people’s hearts from a young age and now he is planning on doing the same… This time not as an actor, but as a poet.

This versatile entertainer, who his known for his roles in Hoofmeisie, Erfsondes, Spoorloos, Jou Romeo to name but a few, is also a passionate poet and decided to launch an exciting project to share his thoughts with the world in a very unique way and to create a platform for his poetry.

DRONK & DANIG is the first of its kind in the country and is much more than just an ordinary collection of poetry… although it is also available in book format for those who prefer reading it themselves.

The album boasts captivating poems, performed by Ruan himself, with specially composed music in the background to create a captivating vibe.

“These days, younger people prefer listening to something, especially when it is something personal like poetry. When you want to relate to something personal, it is sometimes better to hear it directly from the author’s mouth, instead of reading it on paper,” he explains. “The wonderful team at Muse Studios helped me with the music. They were also involved with the first poem I released about a year ago, called Ongeduldige Kuns.”

Just like with the first one, several other poems will also be visually released in video format, featuring black-and-white photos that he took himself. “The images mostly relate to the poems, but they are – just like the videos – open to interpretation,” says Ruan, who reveals that this project was largely inspired by Kabous Verwoed’s album, Beenkamers en Gange, rap and Ben Howard’s music.

“I started writing poetry when I was in matric. I still remember how deeply Ben Howard’s music, and how he explained things, affected me. The same inspiration struck me with rap music, because I like the way it plays with words and explains things, without saying too much,” says the actor.

Ruan grew up in Roodepoort and Krugersdorp. He is the youngest of three children and was a keen cricketer at school. The twenty-three-year-old has been working in the entertainment industry for thirteen years and shot to fame for his role as Morné Gericke in the popular kykNET soap, Binnelanders, and for playing the male lead in the teen film, Hoofmeisie.

When he is not on set or writing, he enjoys skateboarding and taking pictures of his surroundings. He has great admiration for actors such as Edwin van der Walt, Elani Dekker and Dawid Minnaar and draws inspiration for his writing from music and events from his own life.

He dedicates DRONK & DANIG to the friend who helped him come up with the original concept for this project: “The idea was for us to do this together, but he moved to PE. Later I decided to go ahead with our plans and the first track on the album is also the first poem we recorded together to get a feel for what we wanted to do. I think people will like it because it is original and honest. It is also a vibe.”

The volume of poetry, which he sees as the “lyric book” for the album, can be ordered at by contacting Ruan directly on his Instagram account: @ruanwessels08

The album is available online at: