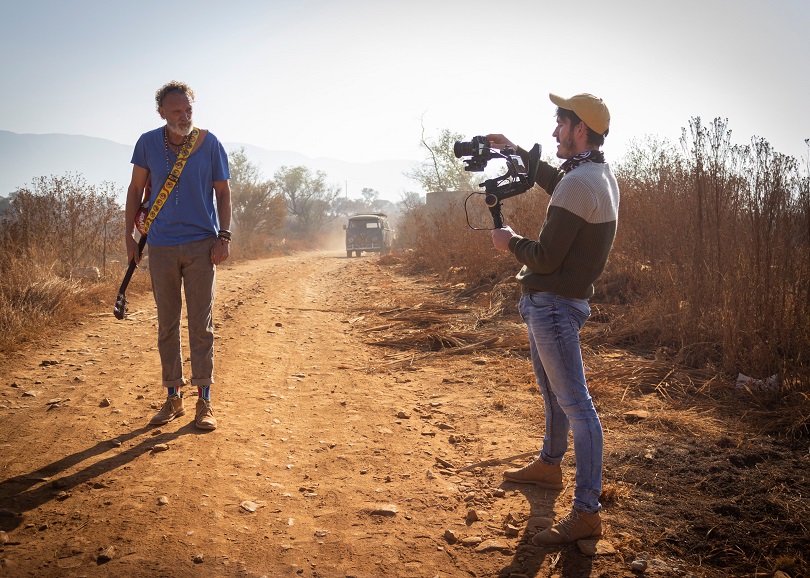 The music video of Dozi’s latest single about name changes in South Africa and the reasons behind it, has just been released and is just as light-hearted and humorous as the song it is based on.

DIS HOEKOM, the third release from his nineteenth album – Vrede, was written by Dozi, Kappie Kapp and Stef Kruger and produced by Dozi, Mauritz Lotz and Tertius Human. “It’s a light-hearted and humorous song about things that actually make us all angry. I think people can related to the humour because it applies to the current situation in our country”, he explains about the song.

Vonk Musiek’s Wian van der Walt and Dean Deysel produced the video, which was filmed at different locations on Dozi’s farm, as well as at an intersection in Hartbeespoort Dam. “Dozi was the creative brain behind the concept of the video, which tells two stories,” explains Wian. “In the first one, Dozi and a bus driver are road tripping, but they get lost because of all the name changes. Story two shows a little girl sitting in the back of a van, telling someone that she and her father are living with her mom.”

According to them, their main objective was to create a humorous video to complement the idea behind the song.

Dozi is one of the most beloved Afrikaans musicians in the industry with an impressive list of radio hits behind his name. DIS HOEKOM follows in the successful footsteps of Partykeer Somtyds and Ek wil vir jou sê, which are both still charting on local radio stations.

In addition to his music, the singer is also busy planning various upliftment projects in informal settlements. He also plans on building a church for weddings, as well as establishing a music school for aspiring musicians on his farm.

“I want to leave a place behind where people can find peace and where passionate musicians can come to learn more about music and get involved in our projects,” he concludes.

DIS HOEKOM is available on all digital platforms.